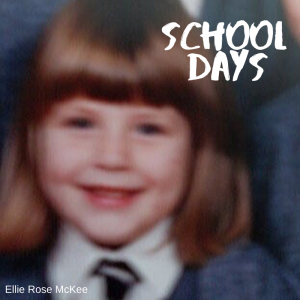 During the intro session to my most recent round of counselling, I was asked (amongst other things) what my experience at school had been like. Terrible, I said.

In a previous blog post, I described a little of what happened around the implosion of my time at university. Elsewhere, I made reference to not being diagnosed with things (mainly, dyslexia and a sleep disorder) until much later that also definitely had a part to play in the terribleness of way back when.

Then, most recently, I listed ‘studying’ as something I wanted to in my autumn goals.

I have not, thus far, went into any of that in any great detail or brought all of those threads together to tell the full story of my failed studies and my plan for (hopefully) successful studies going forward. Today, that’s what I want to blog about. Or definitely that first part, because I don’t want this thing to be a million words long. I’ll tell you about my academic history here, and then I’ll come back and detail my future study plan in a separate post. Sound good? Good.

Okay, so… *takes deep breath* where to begin? Being a March baby, I was always one of the younger ones in my classes, starting school at age four. As far as I can remember (which isn’t very far at all), I had one year of playschool before Primary One.

In Northern Ireland, primary school is seven years (P1-7), high/secondary school is five years (1st to 5th form), and then sixth-form (two years: lower sixth and upper sixth) can optionally be studied at that same high school or at a college or “tech.”

I did three years at one primary school before my parents decided to move me to a different one for P4-7. This was a really great move and one I’m very thankful for. As I’ve said already, I don’t remember a lot of my early childhood, but I do know that I hated that first primary school. I vaguely recall getting in trouble a few times and struggling a lot with my reading and writing. In hindsight, struggling with reading and writing was probably a big reason why I got into trouble.

I still had my issues with reading and writing in my second primary school (I had them all the way up until university, in fact), but the environment of that second school was entirely different. I stopped being yelled at by teachers for being a kid and I started to thrive. I wasn’t very well-liked by the other school kids, but I was too oblivious to actually realise it at the time.

I was ignorant. It was blissful. I look back on those four years with affection.

Back in the year 2000, there was this test called the Eleven Plus, named for the fact that eleven-year-olds took it. I never heard of anyone in the ‘plus’ category, of over eleven, take it, but maybe I’m thinking about it too literally. At any rate, I was ten and I wanted to sit the exam. My parents did not. They had two reasons for this:

Regardless, I bitched and moaned until they gave in and let me do the test. I passed with a C2 (like a C minus: only one step removed from a fail grade) but I didn’t care about that. As far as I was concerned, a pass was a pass and I had done it. I was delighted. I don’t think my parents cared one way or another. Nothing changed in real terms. I was still headed to their chosen high school.

That place was hell for me for five years.

My bubble was burst and I became painfully aware of how much the rest of the student body didn’t like me. I didn’t fit in one bit. I didn’t know how. And the academic side of things wasn’t any better than the social.

I started off first form in the ‘top band’ of classes. Then, at the start of second year, I was moved to the middle band. No one ever sat me down and explained to me why, but I assume always being late and never handing in homework had something to do with it.

In third form, there were ‘Key Stage 3’ tests that I did quite well in. The teachers seemed surprised, but I wasn’t. I knew that I wasn’t dumb. Until that point, they, apparently, did not. I actually did so well they moved me back up to the top band. Then came the GCSE years (fourth and fifth form). I was a little annoyed at the inflexibility of subject choices but just had to deal with it.

I did my mock exams and came out okay. One of my English teachers told me that I’d probably get a B if only the marker could read my writing.

When it came to sitting my GCSEs (General Certificate of Secondary Education) for real, many of the exams were split into higher-tier and lower-tier papers. The lower-tier ones were (at least in theory) a little easier but came with a maximum grade of C. If you did a lower paper and got 100%, you’d still only get a C. This didn’t seem fair to me, though I can kind of see the logic behind it now.

I wanted to sit the higher-tier papers. My teachers did not. My parents sided with my teachers.

I was furious. I’m still furious, to this day. On one hand, I was being told that my entire future rested on these exams (which was a lie) and, on the other hand, I was entirely stripped of choice and not given a chance to be anything other than middling. I bitched and moaned at my parents but this time they weren’t for budging. They weren’t even really listening.

They didn’t look at my mock results, or my Key Stage 3 results, or factor anything else in. If my teachers didn’t believe in me, why should they? The teachers must have known what they were talking about, right? I tried convincing them but didn’t get very far.

I sat the lower-tier papers.

I came out with eight grade Cs (and two grade Ds in subjects I didn’t want or like but was forced to study anyway). I guess it was all fairly anticlimactic. I’d gotten as much as I was physically able. I wasn’t happy, or sad, I was resigned.

Then my dad told me that, if it were him, he’d have gotten straight As.

I definitely felt something then. I was fucking livid. How could he say this to me? A man who left school at fourteen, never had a single qualification in his life, and was proud of the fact that his mother used to do his homework for him? The worst part was, he was serious. He couldn’t understand why I was upset, he was just stating a “fact”, as he saw it.

…there aren’t words enough for me to describe what this did for my already crushed spirit, so I’ll move on.

Moving on was what I did literally, in fact: leaving my high school in favour of studying my A.Levels at the local tech. Initially, I had planned to stay on for the standard sixth form but three things changed my mind:

Back then, I had a big passion for forensics. During summer holidays, I used to creep downstairs to watch crappy American true-crime TV shows until five in the morning, every morning.

The reality of what studying forensics was actually like, compared to these shows, was striking. Even so, it took me a long while to notice. Much, much too long, until I was part-way through a Forensic Science and Criminology degree that didn’t fit me at all. By that point, I was lost, entirely devoid of guidance.

My parents – shock, horror – had not supported my decision to go to uni. When I first mentioned it, my dad told me to wise up and “go get a job in Tesco.” Now that I was actually there and properly struggling academically for the first time in my life, they kept telling me to quit.

Eventually, I did. At which point my parents – double shock, horror – became gravely disappointed in me and demanded to know why I had failed despite all of their “encouragement.”

I shit you not.

The crazy thing about all of this is, despite everything, I love education. I love learning. While doing my forensics class at tech, I also did an A.Level in psychology. I spent a summer doing a work placement in scientific research. I took on extra short courses in cookery and first aid because I didn’t want to just be a good university candidate, I wanted to be outstanding. I thought the extra bits would help my application stand out (they didn’t, really, I don’t think.)

When I accepted deep down that I was failing my degree – but before I actually quit – I tried to switch to a different subject. I wasn’t allowed. The course I now wanted (English Lit.) didn’t have room, and I hadn’t studied it at A.Level.

Still not quite ready to give up entirely, I took a few short courses at the college in my university city (Lincoln): web design and law. (Sounds like a weird mix, and it was, but they were free and my options were limited.) I didn’t finish either of them. My mental health was way too bad, at that point.

When I left Lincoln and ended up working in Oxford, I took up a course in youth work. (And when everything in Oxford fell apart, I left yet another course behind in my wake, unfinished.)

When I arrived back in Northern Ireland for the second time, I was – to put it mildly – feeling disheartened. Still, though, I tried something else. (What else was I gonna do?)

Following my new passion, I took some informal creative writing classes at Crescent Arts Centre. Then, in the lead-up to me going full time as a freelance writer (discussed in more detail here), I did a business course through the Prince’s Trust and studied Digital Marketing via North City Business Centre.

Finally, at long last, I was on the right track. I felt really bad about all the wrong turns, though. I still do. While I know on some logical level that I can’t change the past no matter how much time I spend wishing, I also know – deep down – that I won’t be entirely satisfied until I fix the mess I made of my education.

Fixing my education is exactly what I plan to do – something I will come back and discuss in part two of this post.

To anyone who read all the way to the end of this, thank you. I know it’s probably been depressing in parts to read, but I assure you things are looking up.