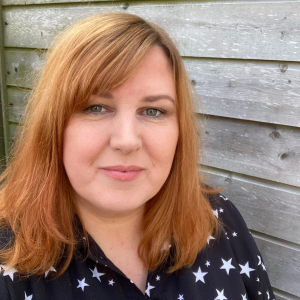 Today on my blog, I have a special treat: an interview with author Kelly Creighton. Keep reading to find out about her, her writing journey, and her new book – Problems With Girls.

How did you get into writing crime?

I always watched crime series and true crime documentaries, and read a lot of crime fiction, but I didn’t initially start writing crime. I started with a story. When my first published book, The Bones of It, was billed as crime I was surprised, but at that stage I was formulating an idea for a detective series so I thought, alright, it makes sense. My work and voice had developed to be more on the noir side.

Can you tell us a bit about your publishing journey?

I have been writing for a long time, on and off, but in 2012 I decided I would really take it seriously and so I started on a novel. It never got published, but I got to play around, learning about different forms. I published a book of poems with Lapwing, called Three Primes. Then in 2015 my first novel was published by Liberties Press. In 2017, Doire Press published my short story collection, Bank Holiday Hurricane. Now, this year, 2020, despite how hard it has been overall, somehow it has been my busiest year in publishing.

In March, The Sleeping Season, book 1 of the detective series came out with Friday Press. This month (November) Problems with Girls, book 2 of the DI Sloane series is publishing, and I have been working as co-editor with Claire Savage and a host of talented local authors on Underneath the Tree: a multi-genre Christmas story anthology. That launched at the start of November. 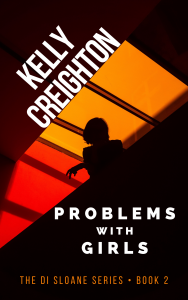 What are your favourite crime books/series?

I adore everything by Gillian Flynn: Sharp Objects, Dark Places, Gone Girl. I think she is the real deal, an excellent writer and she thinks up great, memorable plots. Her books have a bit of edge and her female characters are especially compelling.

Tell us about DI Sloane

Harriet (Harry) Sloane is a twin, the youngest in her family of five. She was raised on the Malone Road to parents who worked at the top of their game: one was the chief of police, the other a judge. Harriet has just got out of a bad marriage, her love life is a bit of a mess. She is very career-focused and isn’t sure if she wants what women around her seem to want. She’s quite complex but is doing her best considering everything she has been through in her life.

Many thanks to Kelly letting me interview her. You can find Problems With Girls (alongside Kelly’s other books) for sale on Amazon here. 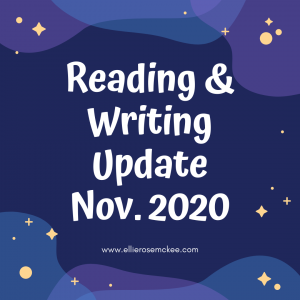 I have not been reading quite as much this year as previous ones, so instead of stressing about my Goodreads challenge, I decided to take the pressure off and lower it to a more manageable level. Because I firmly believe reading should be fun, not a chore.

I’m currently in the middle of a couple of books – an ARC* of In Pursuit of Happiness by Freya Kennedy, and re-listening to the audiobook of Side Jobs (short stories from the Dresden Files) by Jim Butcher – so I’m pretty confident that everything is now well within reach.

November is National Novel Writing Month (NaNoWriMo), and so, I’m knee-deep in trying to squeeze out 50,000 words in 30 days. This year it’s going… slowly. I am way behind target – sitting at only 15,000 words at the time of writing – but I’m not ready to call it quits yet. As with the reading, I’m trying not to stress out about it too much, because I know from experience how much that doesn’t help.

Any words I get this year, I am totally counting as a win. I said in my last writing update (Summer 2020) that I have somehow been writing more than ever during this strange, unprecedented year, and that has slowed down considerably as we’ve come into autumn, but considering the move and all, I’d say that’s more than fair. It’s not like churning out words at full steam all of the time is sustainable, anyway.

So, I’m pretty happy with how things are going.

Recently, I had a poem included in Issue 7 of Re-Side, an online literary zine. I have a short story forthcoming in Scarlet Lead Review. And I’ve had two short stories accepted for Hidden Voice Publishing’s 2020 anthology.

Pretty chuffed with all that!

Please tell me in the comments of this post how you’re doing, dear reader. And until next time, stay safe. 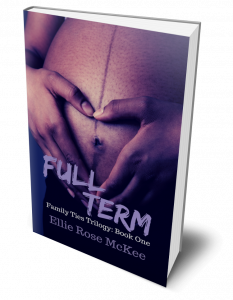 I said in my last post that at various points in the journey towards putting my debut novel out in the world, I was faced with variations on the question ‘and then what’ll you do?’

Originally, people were questioning the specifics of my grand plan for submitting the book via traditional means. Then the questioning turned to contingency plans, as the original plan didn’t go to… well, plan. (How many times can I use the word ‘plan’ in one post? Let’s see!)

Well. Plan A was a bust, as was Plan B, BUT Plan C is working.

Just in case you didn’t see the news elsewhere on social media: the crowdfunding campaign for Full Term was a success!

There is still time left to donate and/or claim perks, so if you had been planning to support the campaign but now thought there was no point, please don’t let the fact that the original target has been reached put you off. That goal was only the minimum amount needed.

As the funding deadline creeps closer (twenty days to go, at the time of writing!), I have been looking into funding to cover the editing costs of books two and three in the series, been finalising the cover design for the trilogy as a whole, designing a couple of other marketing images, and looking into a few legal and admin-y things.

The final edits of book one are starting fairly imminently, and so my main task right now is figuring out who I can get to write me a nice quote for the front.

I’m fully planning to document these behind the scenes things here, for anyone interested, so stay tuned! 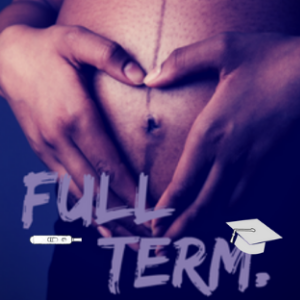 There comes a day when enough is enough.

So many times on this blog I debated the pros and cons of self-publishing versus traditional publishing. Both generally, and in terms of trying to decide what was right for my own books, in particular.

Having announced last week that I was making a leap and starting a crowdfunding campaign to put my novel in print, I wanted to delve in and explain how I finally made the seemingly impossible choice.

May this year was the most recent time I approached the topic publicly. In my post ‘Thoughts on Legacies in a Time of Lockdown‘ – in which I was discussing how living in scarier times gave me new perspective and had me questioning what to do with my extensive body of work – I said, “I talk about choosing between self-publishing and traditional publishing like it’s a decision, but obviously it’s not as simple as that. If I could just decide to be traditionally published, I would. It is what I prefer, but whether someone else publishes me or not is ultimately out of my hands.”

At that point, I also said I wasn’t ready to self-publish, but was leaning ever closer to the idea of doing so in the “next six months.”

It was following this post that I had an epiphany; a brainwave so simple and straightforward that I felt like a complete idiot for not having it before, instead wasting literal years torturing myself over this decision that, as I’ve said, isn’t really a decision for me to make. END_OF_DOCUMENT_TOKEN_TO_BE_REPLACED