“A poem is never finished only abandoned.” – Paul Valéry

I’ve really enjoyed yesterday and today, spending Christmas with my partner’s parents, and tomorrow we’re off to see my parents. I already announced that in my last blog post, when I said I was logging off. The thing is, I’m not sure I really know how to have down time. Not properly, and definitely not for an extended period of time.

Now, I’m quite hard on myself. I know that logically, but it still doesn’t stop me doing it. I can spend whole days being busy – doing lots of really small things, spanning client work, housework, taking care of myself, and/or my partner – but when it comes to the end of those days, I feel like I’ve achieved nothing.

Productivity very much ties into my self-worth (again, this is despite knowing logically that there’s no point). If I don’t feel like I’ve done enough, I feel bad. Simple as that.

But where does relaxing come into this? END_OF_DOCUMENT_TOKEN_TO_BE_REPLACED 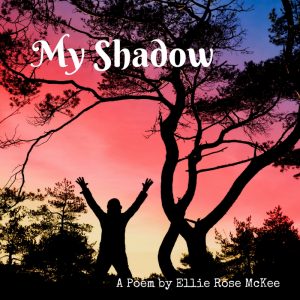 Recently, I shared a piece of flash fiction about shadows. Now I have a poem for you, on the theme. It was inspired by this video.

Now, normally, I shy away from prompts. I have so many story ideas, I already can’t keep up, but poetry’s different. Because it’s so much shorter, I can have an idea for a poem and jump on it right away. They don’t build up, so I have none in reserve.

Since I’ve been writing a lot of poems lately, and I want to keep that going, I have been actively looking for inspiration for poems. As such, I’ve found this site which is quite good.

But that’s enough preamble. Here is my poem.

My shadow is what I will
leave behind I’ve been having a really bad week. And I know this year, in general, has been hellish for a lot of people.

Generally, I don’t have the best health. I don’t shy away from that fact. I’m in pain often and get sick a lot. But since I came back from my holiday? Wow, have I been bad!

This heavy cold has been going around – my partner got it before I did – but I have the added bonus of chronic sinusitis and asthma, which makes the whole thing worse. I’ve been struggling to breathe, and sleep, and lie down. Last night I coughed so much I threw up.

Okay, maybe I’m bordering on TMI territory here, but I’m getting around to my point, which is this: things have been sucky, but there’s also good things in the world. Generally and personally.

After a particularly hard night last night and having to cancel an event today, last minute, I woke up from a much-needed nap to see a new, unprompted, five-star review on the Facebook page for my business.

I also had an email telling me one of my poems has been accepted into an anthology. After submitting more pieces than ever before and not having a single poem or short story appear anywhere all year.

So, somewhat fittingly for this time of year, I am thankful.

May bright spots on cloudy days ever continue! Ever since I first heard about my books being offered (or supposedly offered) for free across the internet, I’ve been looking for an effective way to deal with piracy.

I issued an official takedown request to a website, once, but it went ignored. Now, I use Blasty.

Blasty doesn’t delete offending web pages from the internet, but it does alert Google, who then stops linking to them which essentially has the same outcome.

As tasks go, looking through all the offending links and ‘blasting’ them is annoying but important. Something you have to keep on top of.

I’m not being paid to promote the app, but I do have an invite link that will allow you to access it without having to wait.

It’s in beta testing at the moment (and therefore free, for the time being). I used to travel all around the UK and Ireland a few times a year, catching trains, sleeping on people’s living room floors, and going to events.

I’d call the trips ‘Ellie Adventures’ and they would often involve missed connections, little money, very little sleep, and a hell of a lot of photos.

That craziness was great when I was in my early twenties. Not so much, these days. ‘Low Key’ is very much becoming the theme of my life, and I’m happy with that. I’ve settled down.

Anyway, I got back yesterday evening from my first and only trip of 2016, and it was great. So good not to be going places on my own anymore!

My partner and I went to Wrexham for Wales Comic Con (via Manchester) mainly so I could meet my favorite actor: James Marsters. (See photo. I’m so happy!)

This is the life! #GoodTimes I’ve been quite busy, this month, but the main thing to report is that I completed my 2016 Goodreads Reading Goal. That’s a total of forty-five out of forty-five books read, several weeks early.