I released Linchips, a poetry pamphlet, on the 28th of September, and followed it up with my second pamphlet, Flinch, on October 1st.

Linchpins is a selection of my strongest poems tackling themes of fertility, femininity, and finding yourself, and Flinch is darker, looking at fairytale twists, personal mythologies, and brutal facts.

Copied below in the title poem from Linchpins:

Swiss army wife–
no cape, no mask,
only tasks
(maybe an apron).

You know the drawer for
all the things you could ever need
that don’t quite      fit
anywhere else?

String,
shoelaces,
sleep,
and such.

Those scissors, stuffed
far away in the back, are dull
from years of duty–cutting
time, food, corners;
hair, clothes, and card.

The universe would self-destruct
if the pin ever managed to pull loose, but

how long before
anyone would notice?

Both Linchpins and Flinch are available to buy on Kindle (just 99p in the UK, or 99c in the US & Europe) or in paperback. 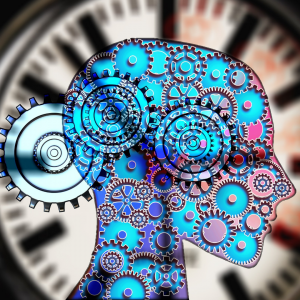 To say life has felt manic recently would be a gross understatement, and I haven’t really been documenting any of it here, so let’s catch up.

What am I doing? Such an excellent question. One I’ve actually been asking myself.

I’ve been editing books (for myself and others), formatting books, building websites, filling in applications and reports, juggling some tricky personal life things, dabbling in a lot of art, and writing very little.

Last week I released two books (poetry pamphlets Linchpins and Flinch) and a lot of last-minute technical issues meant that I was running around putting out fires when I should have been celebrating. As it stands, I’ve barely mentioned the books since they went live. I need to get on that, obviously, but I also want to make sure that I step back and do really take that time to celebrate.

I’ve been doing so much, and so much of what I do is incredibly enjoyable and rewarding for me, but sometimes I get so caught up in the action, I forget about the reward entirely.

It’s the 4th of October and I find myself not even able to think about NaNoWriMo this year. There’s just so much I have to do between now and then.

On top of that, I think the turn of the seasons is playing with me, and my thoughts have gotten all existential. I’ve been asking myself if I need to rebrand to include art somewhere in my tagline/bio. Then I’ve been going beyond that and asking myself just who in the hell I am anyway.

If you’ve followed this blog for any real length of time, you’ll know I’ve gone through similar phases before. And I trust from those past experiences that things will calm down again and I’ll regain focus and it’ll all be okay. At least until I end up in this place again––which I can laugh at, writing that sentence. I know I don’t have to take everything so seriously.

There’s a quote playing in my head that I can’t quite place this moment. Something along the lines of, ‘Jeeze, relax. Take a siesta or something.’

Not terribly bad advice, that.