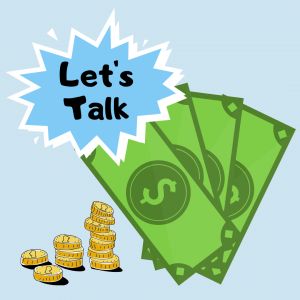 For the first eight months, I earned nothing. Not a single penny. I call this my ‘year zero.’

With a fair amount of shame, at the start of the 2014/2015 tax year (my business year one), I was forced to sign on at my local job centre just so that I could cover the bare minimum of bills I had coming out of university. I was still registered as self-employed and still trying to get myself freelance gigs but still wasn’t getting very far.

Then my job centre set me up on an employment scheme that came with a business advisor, a business bank account, more flexibility to get my business off the ground, and a higher rate of welfare payment while I tried it all out.

Slowly but surely, I started to get work. They were tiny pieces of work, but work none the less. In my first proper quarter, I had a turnover of £18.95. #HumbleBeginnings

At the end of six months “test trading”, I signed off the scheme in exchange for a £1,500 grant from Invest Northern Ireland that allowed me to get a new computer and related accessories.

This was excellent progress, but I still wasn’t earning enough to constitute a salary. In fact, any money the freelance work was bringing in stayed in the business account to cover things like printing and advertising. I, meanwhile, had started getting Working Tax Credit to cover daily living costs.

I should state here, for context, that I’m disabled and that “normal” jobs don’t really work (pardon the expression) for me. At the time, I knew I was too sick to keep regular nine-to-five hours but it’s taken me until relatively recently to get an official diagnosis. Turns out my chronic pain and fatigue is down to fibromyalgia with a sleep disorder on the side, but I digress. The point is, I couldn’t have saved myself all this time and energy and rejoined the regular workforce even if I wanted to.

When I went freelance, I thought I was going to be focused on journalistic endeavours, predominantly writing and selling articles and opinion pieces. Where I actually found jobs, however, was in helping other writers with marketing themselves through blogs and websites with a little bit of self-publishing help and advice thrown in.*

Year two, I went from £122 to £864, which is a huge increase – percentage-wise – but also very little compared to what I needed to survive. Years three and four, business income rose again to over the one-thousand-pound mark. Then, in year five (2018), I completely burned myself out and was spending more time worrying about money than actually writing that I quit most of my client work to focus on my novel as well as my mental health.

At this point, two things happened: my turnover dropped back to ridiculously low levels and I got a grant from the Arts Council of Northern Ireland enabling me to carry on.

But let me backtrack again for a second. How was I living? You might be wondering. Well, back in business year two, I moved in with my now-husband who is also disabled and unable to work. When this happened, I lost my Working Tax Credit and actually became financially dependant on his welfare claim.

I blogged about the unfairness of the situation at the time, but there’s a more recent video by Jessica Kellgren-Fozard on the same topic linked here if you’re interested. I highly recommend.

Where does all this leave me now? Well, I live in hope of securing a publishing deal sometime soon but, to be honest, the welfare system is so messed up that my husband and I will likely suffer for it if and when it ever does happen.

If I am lucky enough to get an advance for my novel, it will put us over the threshold for getting support but under the amount needed to support ourselves. A million factors are at play in how it will all pan out but, for now, all I can do is continue working hard and crossing my fingers.

Please share this post if you found it eye-opening and feel free to share your own experience in the comments. This shouldn’t be a one-sided conversation. Let’s break the stigma!

*Edited to add: Yes, freelance writing can and often does include a lot of work that is merely writing-related rather than actual writing in and of itself. When you’re self-employed, there’s not always as much freedom as you might think. You’ve got to dabble wherever opportunities present themselves.