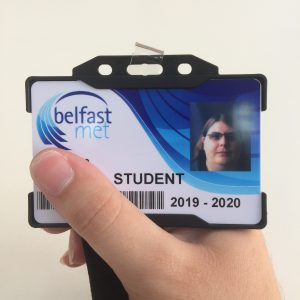 This is a follow-up to my ‘School Days‘ blog post. In re-reading it in preparation for writing part two, I realised I’d left out bits and pieces. I suppose that’s expected when you’re trying to summarise three decades in a thousand words.

There are short courses I’ve done that I completely forgot to mention, and that’s fine, at this point it doesn’t really matter except to further illustrate in a more general sense how much I’ve been trying to educate myself since I left high school.

I have spent most of my thirty years engaged in some kind of formal or semi-formal education, which I think is a good thing but, at the same time, that only makes me feel worse about the fact that I still feel like an academic screw up.

Part of the problem was, I couldn’t find the right path for myself. I didn’t know what to study, so I tried a little bit of everything: vocational courses, science subjects, the humanities. For a very long time, I had it in my head that true success lay in doing ALL OF THE THINGS(!) and doing them perfectly.

When I discovered Forensic Science & Criminology wasn’t working out for me, I dropped the forensics and tried to do Criminology on its own. When that didn’t work, I tried to switch to English Lit (but couldn’t). I sat for ages debating with myself what was my true passion and thought that maybe I’d like to study Social Work, or Youth Work, or Counselling. I had interest in these subjects and still do, but going back a step to pursue them was a path that was blocked to me due to already having used my funding for the failed Forensics course.

I briefly did study Youth Ministry through my church job in Oxford, and for a while I wondered if studying through the church here in Northern Ireland was perhaps a way forward. Spoiler alert: it wasn’t.

Having written all that, maybe what I should be taking away from all this isn’t that I’ve repeatedly failed but that I’ve tried again and again and haven’t given up. As I said in part one, I don’t think I’ll be happy until I finally finish my formal education. (Side note, but I’m a big believer in life-long learning, even once formal education is done – at whatever age that is.)

Every time I watch a movie with college kids in it or something with any kind of academic focus, I sigh wistfully and wonder anew if I’ll ever get a fresh start. Every time GCSE and A. Level results days roll around, I scroll through prospectuses and dream about going back to school.

The spring of 2018, I decided to try and do an A. Level in English Lit that would set me up to do an English Lit. degree. I applied and got a conditional offer. The condition? They wanted a B at GCSE level, which I didn’t have (that lower-tier paper I was forced to sit coming back to bite me in the butt). I wasn’t about to go back as far as resitting my GCSE so I was told I might get a place if there were any left by the people who met the requirements.

I sat with that uncertainty over the summer alongside the knowledge that I would really struggle to pay the fee even if I did get on the course and the worry that I might not be good enough, or have enough physical or emotional energy. It was a daytime course and I (not even joking) am a creature of the night. A disabled one, at that.

The summer brought the John Hewitt International Summer School and, with it, many conversations about the pros and cons of studying. It was pointed out to me that I didn’t technically need the A. Level. I could study at the Open University without it, saving myself a year of study and a good chunk of change. The logic of this (and the everlasting uncertainty of the other option) won me over and I decided, okay, I’ll go for it; forget about the A. Level and just do the OU degree.

Except, I couldn’t afford it either. The OU is, as the name suggests, distance learning, so having to fight my sleep disorder to make daytime classes was no longer a concern, but I still had very real health concerns and doubts about the whole thing. It made more sense logically but, emotionally, it didn’t work for me.

Given all of my academic history, I was scared I couldn’t do it and would end up even more unfilled if I failed yet another course. An A. Level, in my head, was safer. It wasn’t as advanced and I’d done one of them (albeit in a different subject) before. I also think I learn better in a classroom environment.

With all this in mind, I abandoned both plans and decided to leave studying for another year until I (hopefully) could afford to study a little more and/or had more certainty. In the [academic] year that followed, I wrote my second novel as funded by the Arts Council of Northern Ireland.

Fast forward to August this year, when results days rolled around again, and I – as ever – started to ask myself (and my husband) What If. On a bit of a whim, I called up my local college to ask about doing the A. Level in English Lit: if there were spaces and if it wasn’t too late. I was passed around a fair bit but, eventually, found out that yes there were spaces AND I could do it as a night course. Unconditionally, without needing that mystical B at GCSE. Oh, and also, it was way cheaper than the daytime course I’d originally aimed for the year before.

With equal parts excitement and trepidation, I signed up. I started the following month and now, here I am, most of the way through the first semester and so happy to be finally studying again. A. Levels are typically done over two years, but this one is an accelerated course where both parts (AS and A2) are squeezed into a single academic year. Honestly, it’s a challenge but not too much of a challenge. I feel like I’ve made the right decision doing this before going on to the OU.

Which leads me on to my next point: what I have planned going forward.

For a number of reasons (namely, time, money, and energy), I plan to build on my existing university credits to get what’s called an Open Degree. This means I’d only need to do two more years instead of three. (And the ‘open’ part means I can pick any modules I want. I won’t have to return to forensics.)

Shall I tell you a confession? I honestly feel a bit embarrassed admitting this, due to all of the aforementioned struggles to get to this point, and the fact that it’s still so far off it’s practically a pipe dream but –– I really want to get a Masters degree in Creative Writing from Queens. For quite a few years now, it’s been the big dream. I finally figured out what I wanted, and that’s it. Finally, I feel like I’m on the path to getting there, even if it is the very start of that path.

Now, of course, there is a final caveat to all this: as discussed previously on this blog in great detail, I am trying to get a publishing deal for my novels and trying to have a baby. If/when these things come to pass, all of my educational plans may well get put on hold or thrown out the window entirely. But so much of that is out of my hands. Who knows what the future holds? All I can do is keep trying and follow this path until a new one opens up.