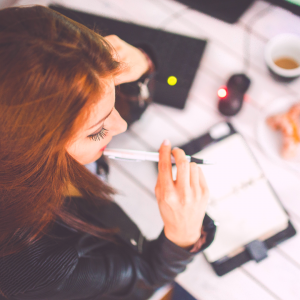 This post comes directly from my notes of the recent publishing conference I attended in Dublin. For more general info and advice from that event and another one I attended in Belfast, please click here.

If you’re new to the world of writing and have heard people talk about trying to get an agent, you might well be wondering what these mystical creatures are and what they do. Well, wonder no longer, because I’m about to spell it out. And – spoiler! – it’s more than just taking a cut of authors’ earnings.

On the most basic level, an agent is a third party who can enhance (or engineer) an interaction between two other parties. In the literary world, they are the middle man (usually a woman, in fact) who brokers a deal between writers and publishers.

Can’t writers submit to publishers directly, though? Some of them, yes, but the ‘big five’ publishers (and their imprints, who make up most of the market) usually only take submissions sent via agencies.

Imagine the scene: you’ve managed to get a publishing deal all on your own, but something has gone wrong. Perhaps the publisher has chosen the most hideous cover. You’re upset and you have no idea how to communicate this to your publisher. You worry they won’t take your criticism well, or that they’ll change their mind, so you’re left with the choice of accepting a cover you hate or risk rocking the boat by being seen as difficult.

Well, with an agent, you don’t need to worry. They will have this conversation for you.

These points are in no particular order but if I was to rank them, this would probably be first.

Publishing deals are complicated beasts involving the sale of rights in a number of regions and formats: paperback, ebook, and audio as well as film, TV, and stage. Got an agent? You don’t need to stress over the fine print of any of it! They know all about shifts in the market and changes to the going rate. Nine times out of ten, they will get you a better deal than you could on your own.

If an agent has taken you on, it’s because they believe in your work and you as an author. If they don’t think your work will sell, or that it needs heavy revisions, they will tell you. This might not be the most pleasant thing to hear in the world, but it is extremely helpful.

Most agents get more submissions per week than one human can reasonably read. Do them – and yourself – a favour and follow submission guidelines.

Also on this note: if they don’t reply to your submission, don’t take it personally. Take it as a given that the agent in question is snowed under.

Here’s another scenario: you were so excited when you were given your contract, you said yes, yes, yes! The deadline stated at the time of signing seemed perfectly reasonable. Now, though, you’ve mostly recovered from the high and are panicking about the number of edits required.

If you’re up front with your agent and not leaving it to the last minute, they can get you a deadline extension and avoid disaster. Huzzah!

By this point, you’re probably thinking agents are superheroes. I certainly think they’re awesome but, alas, they’re not perfect. Sometimes they might get things wrong, and that’s when it’s up to you to be communicative, honest, and flexible. Talk to your agent about what’s going on and they will no doubt be able to sort it.

It’s easy to feel intimated by these people who wield the power to make or break your literary career but, at the end of the day, they work for authors and not the other way around. I’ve jokingly called them mystical creatures above, but agents are as human as you or I. They have quirks. They have bad days. Don’t put them on too much of a pedestal in your mind. Disagree with some of their feedback? Discuss it. Don’t understand something? Ask. They won’t smite you down.

This one is my personal opinion, given all of the points above. Some people resent the idea of having to split their earnings with someone else, but it’s not a one-sided exchange. Or at least it shouldn’t be. If you have been offered representation by someone who is charging you an upfront fee, run away. They are not an agent but a con artist masquerading as one.

If your agent is only submitting your work to small, independent publishers that you could have submitted to on your own: challenge this.

It’s up to writers to do their due diligence. All of the things I’ve mentioned here are what most agents do; what good agents do. Indeed, some agents do even more again. Some work very closely with their clients on an editorial level. Some don’t. What’s most important is that you hit it off and forge a healthy, professional relationship.

Treat agents with respect, because they work damn hard. Play your cards right, and they’ll do that hard work on your behalf.