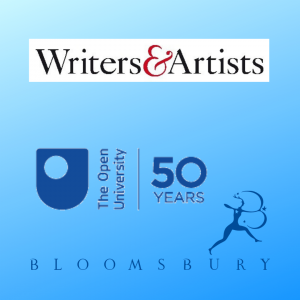 The second self-styled publishing conference I attended in recent weeks was in Belfast, organised by Writers & Artists/Bloomsbury Publishers and the Open University.

This one was different in a number of ways to the Dublin event. Not necessarily better or worse, just different. There were fewer people involved, for one thing; fewer attendees and fewer speakers (the event made up more of talks rather than panels), but still just as rich in terms of content.

The focus, I found, was actually less about publishing and more about writing. Paul McVeigh (author and playwright) gave a fantastic talk on ‘how to build a narrative’ by crafting the very best sentences, using foreshadowing and backstory; Garrett Carr (lecturer of Creative Writing at Queens) spoke on how to research a book (something I’m going to come back to and talk about in a separate post), and Geraldine Quigley (author of ‘Music Drugs Love War‘) gave us insight into how she creates her main character(s).

Lots of practical advice from all of them but, as I said, mostly focusing on writing rather than publishing. That came a little later, in the form of a joint talk by literary agent Laura Williams and editor Patsy Horton.

A while ago on this blog, I said that writing and publishing were practically two different animals, and I stand by that, but at the very heart of publishing is good writing. Therefore, I do not mean it as a criticism when I say the focus of the conference was here rather than on submission tips. You could follow all guidelines to a tee, but if your story isn’t up to scratch, you’re not going to get very far.

And speaking of submissions: one note I made to myself during the event is that, although they’re often called ‘guidelines’ they should be read and followed as rules. Agents and publishers get so many manuscripts they can barely read them all. Don’t screw yourself over by making yours an easy pass.