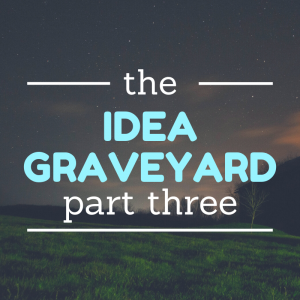 A non-exhaustive list of story ideas I’ve given up on:

I’m aware this is a really weird mix. Some of these I’ve had in the back of my head for almost ten years. Needless to say, my brain can be a bit of an odd place.