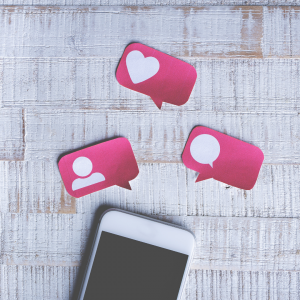 Today is eight years since I started writing fan fiction. As per tradition (and as promised in my previous post), let’s do a little deep dive into the specifics of that.

What is Fan Fiction?

Fan fiction (or fanfiction, or fanfic) is simply fiction written by fans. It’s stories written in the universe of their favourite movies or shows or books or games, sometimes using the characters from ‘canon’, sometimes with original characters, sometimes both.

Generally speaking, fanfic is written and shared without the exchange of money, as the writers can’t profit from someone else’s intellectual property. The exception to this is when the source material is out of copyright, or if the copyright holders commission someone to write novelisations.

All those literary “retellings” of fairytales or Shakespeare or Jane Austin? They’re fan fiction. Though publishers don’t want you to think of them like that, as per the taboo surrounding fanfic that I discussed last time on this blog.

What Kind of Fanfic I Write

I haven’t done the math on this to confirm the figure exactly, but I’d say about 95% of my fanfic is set in the Buffy the Vampire Slayer/Angel universe, and of that, it’s all romance stories between Buffy and Spike. But the romance is sometimes comical, sometimes dark, a lot of the time angsty.

I’ve written fanfic that’s actually poetry. I’ve written love stories that are 300 words, and ones that are 50,000 words. So there’s still a lot of variety there.

The other five percent is mostly epilogues I’ve written for various things that left me wanting a little more.

Which Fandoms I Write In

Outside of Buffy, I’ve written:

How Much I’ve Written

According to official stats, I’ve written 648,000 words of Buffy fanfic, but that includes a 30,000-word story I co-wrote with someone else. All of the other words in all the other fandoms, listed above, total maybe 10k.

Where the Words Live Online

The place I originally shared fanfiction to, and still continue to use, is a site specifically for Spike and Buffy (Spuffy) love stories called Elysian Fields. Then, after a while, I started archiving my work on Fanfiction.net, and later again, Archive of Our Own (Ao3).

FF.net and Ao3 are huge, open to almost all fandoms (excepting ones where copyright holders such as Anne Rice have threatened to sue if people write their characters). I used to have my non-Buffy fic in both of these places, but have recently removed most of my work from fanfic.net as it doesn’t have the community that Elysian Fields does, nor the infrastructure of Ao3.

As of right now, over 200 people have me marked as a favourite author on Elysian Fields (meaning they get notified every time I post something new). It was 165 last year.

If you have any questions either about my fanfic or fan fiction in general, please leave a comment. Also let me know if you’ve ever written fic and what fandom it was for.

Happy eight-year anniversary to me!