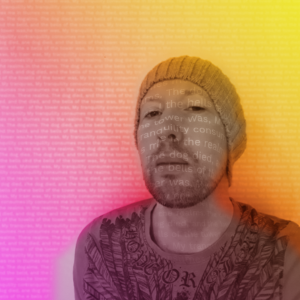 I have something a bit different on this blog today for you, folks: an interview with local poet Colin Dardis about his new poetry collection, the Dogs of Humanity. Without any more preamble, let’s get into it!

Can you tell us a little about the themes of the collection?

I’m not a massive fan of reducing a collection down to themes; for a poetry book, it’s almost an injustice, although it has to be done. I don’t read collections due to the themes mentioned; I read because I want to be subjected to strong, startling poetry. For example, I have no interest in beekeeping, but I absolutely adored Sean Borodale’s Bee Journal.

To be absolutely drawn on themes, the poems use dogs and other animals as a central motif to look at how people treat each other in an increasingly toxic world, touching on bullying, self-identity, chauvinism and mental health. But there’s also so much more. As Mary O’Donnell kindly said in her blurb, there is “an avoidance of zeitgeist poetry, what really sets the work apart tonally and in subject is its assumption of a counter-position at all times.” That counter-position could be the schism between the individual and society, between perceived norms and personal attitudes; but it’s equally a stance that allows any subject matter to be explored, as long as it is well written. That’s what poetry validates.

Why did you feel drawn to the themes? How did it all come together?

The poet, at the starting point, is drawn to every poem they write as they are compelled to write them. In some ways, your best poem is always your most recent poem, as that has been the one that allows the poetic muscle to continue flexing. Only with time and distance however does the poet realise which pieces will continue to speak to them, and for them. Therefore, almost all the poems in Dogs have been about for a while. Only the closing poem would have been written from scratch in the past year. Many predate poems that were in ‘the x of y’, my previous collection.

Fly on the Wall Press had a call out for chapbook submissions at the end of last year. I knew I had a number of poems mentioning dogs; a few years ago I had done a set at a reading exclusively of dog poems. The collection bloomed out of that, and Isabelle Kenyon at Fly on the Wall Press was immediately on board with the idea. She’s made the whole process very easy, and has been incredibly supportive and motivated in spreading the word about the book.

My favourite poem in the collection is ‘Train Scenes’. What’s yours and why?

Thank you. I have to get the train up to Derry/Londonderry for work occasionally, and the scenery on the North coast is wonderful. Around Castlerock and Bellerena, the interplay of coast and fields is very relaxing. For the keen observer, there’s a rich source of inspiration to tap, so Train Scenes came out from those journeys. That originally appeared in a little broadside for the Origami Poetry Project, of seven or so poems similar written while taking that train journey. And coincidentally, I originally heard of OPP through my publisher Isabelle’s work!

It’s too early to say if I have any favourites. I guess the poems have to be road-tested a bit and see how I feel reading them out. There’s a poem in my last book about a gruesome visit to the dentist, and I like reading that out to see people’s reaction; some cover their mouths in horror and grimace. That’s how you know you have an effective poem!

What advice would you give to aspiring or emerging poets?

Read. Subject yourself to different styles, voices, experiences, nationalities and eras. Avoid clichés and adverbs. Avoid abstract terms. In the dentist poem, I don’t just tell the reader it was gruesome: I detail exactly what was gruesome, charting the actions of the dentist against my own reactions. You need detail. Poetry is just words and thoughts, but it uses language to elevate those thoughts beyond everyday expression to a strata where the distanced observer is allowed to enter into first-hand experience. 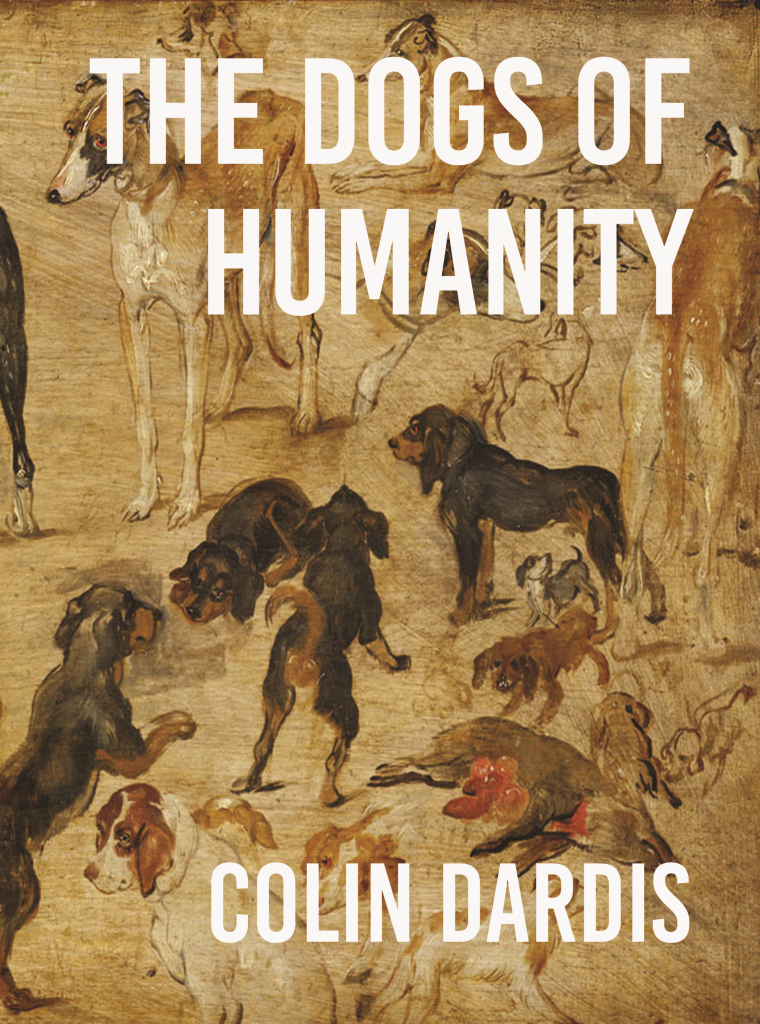 Where can people get a copy of The Dogs of Humanity?

The book is available to order online directly from the publisher. Or for those favouring a more digitalised experience, you can get it through Amazon Kindle too. Or of course, you can pick up a copy at one of my readings!

What’s next in the pipeline for yourself? World tour?

Promoting the book is the big thing, of course. There are thankfully a few appearances lined up. My wife, Geraldine O’Kane, and myself run Poetry NI, and through that we have two showcases of poets coming up at the Music In Mind Festival in August, and the Bounce! Festival in September. I’m reading alongside Ali Whitelock in September too, at Waterstones Belfast. As of course we continue with our regular Purely Poetry open mic night, editing FourXFour journal, and a few other things in the pipeline not ready to be revealed just yet!

I’ve an ambient sound art project on Bandcamp, D.A.R.D.I.S., through which I’m releasing a short album designed to be listened to while reading Dogs. That’s called ‘You Fathomed Things‘, which can be streamed or downloaded. It isn’t poetry set to music, but more instrumental sounds to help set or enhance a mood while reading. Think of it as a sound installation. It’s something that hasn’t been done much before, so it’s a bit of an experiment. I’ll be releasing more work through the D.A.R.D.I.S. project throughout the year too. But also, the manuscript for the next collection is being compiled too. I have about 100 poems shortlisted for that at the moment. That’s down the line though. Right now, I have to take the dogs out for their walk.

Many thanks to Colin for giving me a sneak peek at the collection and for answering my questions.