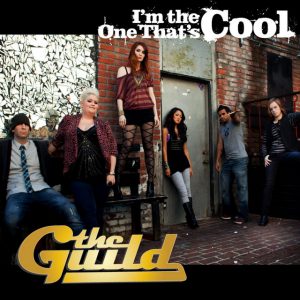 Fairly recently I introduced my husband to the song ‘I’m the one that’s cool‘ by Felicia Day/The Guild. I bought the single in iTunes years ago, and obviously still like it, otherwise I wouldn’t still be playing/sharing it, but it does contain one thing that drives me absolutely mad.

The song is about always being picked on – verbally and physically assaulted – for not fitting in while at school, and the tables having turned now both parties are adults. That’s fine. I like that things have changed, but the fact that Felicia is writing a song about it all these years later tells me that, despite those changes, the scars haven’t completely gone away. She still thinks about it.

This fits with my own experience. It makes me feel seen. But then comes the line:

Which, quite frankly, boils my fucking blood. Because no, I do not and will not appreciate anyone for being cruel. No one ever burns bright because of ‘rejection fuel’, they sometimes survive and thrive despite it. And that’s only sometimes, because so many other people never make it that far. To say otherwise is doing a disservice to those people, and the people who do make it through the other side, as well as the bullies themselves. Because who the hell would ever feel the need to change and stop hurting people if they’re being told by the very people they damaged that, actually, no, it’s okay, you did me a favour?!

Sadly, this phenomena of giving thanks to abusers isn’t exclusive to The Guild. The two other songs that spring to mind are ‘Fighter‘ by Christina Aguilera, which includes the lines:

After all of the stealing and cheating you probably think that
I hold resentment for you
But uh uh, oh no, you’re wrong
‘Cause if it wasn’t for all that you tried to do, I wouldn’t know
Just how capable I am to pull through
So I want to say thank you

And ‘Thank You‘ by Jamelia, which puts it:

For every last bruise you gave me
For every time I sat in tears
For the million ways you hurt me
I just want to tell you this:
You broke my world, made me strong
Thank you

But I’m sure there are many more examples than that. I find it’s one of those things where, once you’re aware of it, you start seeing it everywhere. And okay, listen, I get it. I understand wanting to turn the narrative on its head – to make a positive out of a negative – but this is not the way to do it. Don’t thank your abusers, thank yourself. You got through their torment, whether on your own or with the help of others. If it feels too weird to be grateful to yourself, then thank the people who held your hand, let you cry on your shoulder, or offered you bandaids, not the people who made you need all those things!