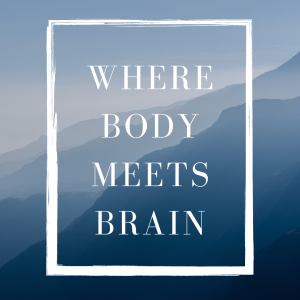 There’s this thing John Green has spoken about quite a few times: how he used to conceptualize himself as a brain that had to be carried around by his body rather than the body being an intrinsic part of his being to begin with.

That’s how I used to think, And – in all honesty – it’s still how I feel, deep down.

But I can understand why John ultimately found the thinking unhelpful. For if the body was just a physical means to an end – to get him from A to B – its wellbeing didn’t matter so much. He didn’t have to really care about it, so long as his mind was fine.

Except doctors have known for a long time that physical health can and does affect mental health.

When John began to think about his body, and its needs, and embrace it and them as part of himself, he started to make changes than benefitted him as a whole. He began to exercise. He started to eat right, take better care of his teeth, and quit smoking.

For John, this has been a journey, and he’s not at the end of it, yet.

But, dear Body, I am trying – by the means of these letters if nothing else – to walk that same path.