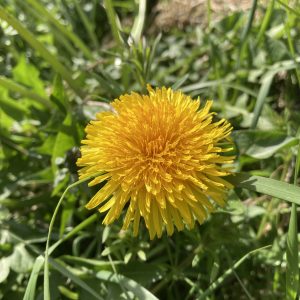 It’s spring in the Northern Hemisphere, which I’m happy about. I think spring might actually be my favourite season (having thought about this more than is probably sensible). Just the sense of renewal, and fresh starts, and oh, the longer evenings!

New Year has that same sense of starting over, which is why it’s my favourite holiday (if holiday is even the right word?). And summer obviously has long evenings, too, but I’m not so great with heat*, so that doesn’t work for me. Spring, though… imagine a very contented expression here just at the thought. (I’d add an emoji, but the ones I have at my disposal don’t quite do it justice.)

*Extreme understatement (is that an oxymoron?).

But also… in complete contradiction to that, things have also felt a bit… off(?) for me this past week or so.

2021 for me has been full-on so far. I finished the rewrite of my novel in January and February, then had the whirlwind of the launch in March. I typically take part in CampNaNo in April each year, but it’s just not happening for me right now. I haven’t had the physical energy or mental bandwidth, so have slowed things right down and am going a bit easier. It must be said that I probably wouldn’t have realised I was overdoing things (again) if my husband hadn’t pointed it out. You know how it is when you’re lost so deep in work you don’t even realise it? Just me? Well, anyway, Steve let me know I was in danger of burn out (again) if I kept on, and––as often happens––I then proceeded to be hit over the head with all the pain and fatigue I’d been pushing aside while getting on with things.

That was a couple of days ago, and now I think my brain and body have settled again and––lo and behold––I’m starting to get that itch to write again.

It’s almost as if there’s a rhythm to it all. I don’t know how many times I’ve been around this particular… what do you even call this? Weird life cycle? I feel like there’s a common metaphor that applies here, but it’s eluding me. At this point, I’m not entirely sure if this post is coherent or just a brain dump of unconnected thoughts (maybe both?). Regardless, it feels nice to write. To get the thoughts out, coherent or not.

Almost every day, at the end of the night (which is to say, anywhere from 11pm to 6am–our “typical” bedtime. Which is funny, but that’s kind of the point) my husband and I will often turn to each other and exclaim, “Weird day, huh?” And it’s more than just a running gag, because somehow it ends up being true. Every single time. Because there’s no such thing as ‘typical’ for us. We rarely know what we’re doing from one day to the next, and that’s before whatever of life’s curveballs hit us––and I love it. The weird days (and nights), the inconsistencies, and rhythms, incoherent ramblings, and random tangents… I really do love it all. And I’m grateful for the perspective to see that, that the brief step back has given me.

How do I conclude all this? Is there even a conclusion to be drawn? Is a lack of conclusion not kind of part of what I’m trying to say? If anyone is still reading this, thank you. Welcome to the inner workings of my brain. And, um… Happy Spring!