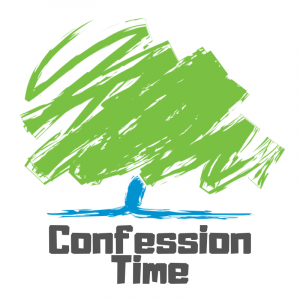 Before I get into why I’m feeling sad about today’s election results, I have a confession.

Are you ready for this? Are you braced? Okay. Here it is: ten years ago, while I was at university, I voted Conservative.

It was May 2010 (not quite a full decade ago, but close enough) and the election that saw David Cameron become Prime Minister.

Why did I vote for the Tories? Well, I thought it was the right thing to do. I, foolishly, thought the party stood up for the Christian ideals I had at the time. In short, I was naive and misinformed.

In the years since, I have come to understand more about politics as well as my own personal values. As such, I’m horrified that I played a part as a tiny cog in a big wheel that set the nation’s current situation into motion.

This morning, as I thought about the election results, I was angry. Like many, I was feeling disenfranchised. I was also feeling resigned. The thought came into my head that, if this was how people had voted, maybe they really did deserve all they got. That’s the essence of democracy, right? For better or worse.

Except, I then remembered little twenty-one year old me.

I honestly believe the Conservative Party and their policies are a bad, bad, thing for the nation as a whole, but the poorest and most vulnerable of us in particular.

Even if two-thirds of the UK voted for right-wing parties*, that other third would still deserve the funding in healthcare and education they voted for. And that’s to say nothing of the people who voted for the Tories based on misinformation or out of fear.

This has been a dirty election, and it’s easy to get mad at the people who sided with those throwing the dirt but – for the most part – I think it’s important to focus on the mudslingers themselves.

I’m actively choosing not to be resigned, today. I’m choosing to have hope that, sooner or later, we can turn this around. Because, despite everything – no matter who voted for what – humans, as a rule, need peace and justice and empathy.

Despite my own political leanings, I would have accepted a Tory majority had it been won cleanly and honestly. I would have sat down and shut up, because democracy was being done. But, since that is not the case, I will continue on arguing on behalf of the NHS and poor people, disabled people, and everyone else who will fall foul of the ramifications of this election.

I will not give up hoping, until my hopes are a reality. Will you join me?

*They didn’t, and I know that. I’m generalising here to better illustrate my point.