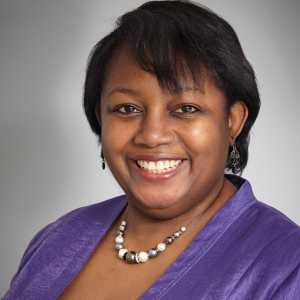 A feature on my favourite author.

World Book Day 2003, at age 14, I picked up my very first Malorie Blackman book. It was An Eye for An Eye, a short story from Malorie’s Noughts and Crosses Series.

I had not read Noughts and Crosses at that point. I hadn’t actually heard of it or Malorie herself before. In fact, that day in Easons bookstore in Bloomfields Bangor, I wanted to pick up an entirely different book.

I’ve said before that, prior to going to university, I was not really a reader. I likely would have been, because I was in love with the idea of books, but it was not encouraged.

That day in the bookstore, I had picked up a novel I wanted to use my £1 book token towards but my parents refused to buy it. They would not add money to my token, so if I wanted to use it, I had to pick one of the £1 short reads produced specifically for the day.

A somewhat unlikely beginning, but I got that short story, read it, and loved it. And when I finally had a little freedom and some of my own money, I walked into Waterstones in Lincoln, aged 18, and came out with my very own copy of Noughts and Crosses.

The short story had stayed with me that long. My curiosity about the rest of the series had been piqued for four years. And so, not long after I devoured book one, I worked my way through the rest. At that point, Knife Edge and Check Mate (books two and three) were out and Double Cross (book four) was in the pipeline. I was one of the first people to preorder it, and I actually have a clear memory of the day I picked it up.

Since then, I’ve explored a cross-section of Malorie’s extensive back catalogue. Children’s picture books, chapter books, middle-grade novels, anthologies she’s edited. I can honestly say, I have enjoyed every single one of her books I’ve picked up.

One of the things I admire about Malorie, and want to emulate, is the range of genres and categories she writes in. I love the variety. The overarching talent of great storytelling.

It was after I left uni and returned to Northern Ireland that I picked up Boys Don’t Cry. And now, ten years on from that, I am still eagerly awaiting the sequel, Heart Break Girl.

Novel Conflict is a book perfectly aimed at young teenagers, yet has such powerful messages about the realities of war that it still caught me, reading it as an adult.

I picked up Ellie and the Cat for what should be obvious reasons; Monster Crisp Guzzler because if I was a supervillain and had to pick a moniker, that would probably be it; I Want A Cuddle because it’s cute as heck; and Unheard Voices simply because it was edited by Malorie.

That last one is different from the rest, though. It includes a short story by Malorie, but also fiction and non-fiction from others on the topic of slavery. It’s informative, it’s heartbreaking, and it’s real.

Race is something Malorie tackles in her Noughts and Crosses series, but the Unheard Voices anthology really makes it all hit home that much more, reinforcing the idea that books are important. Stories matter, and can (and do) change people. 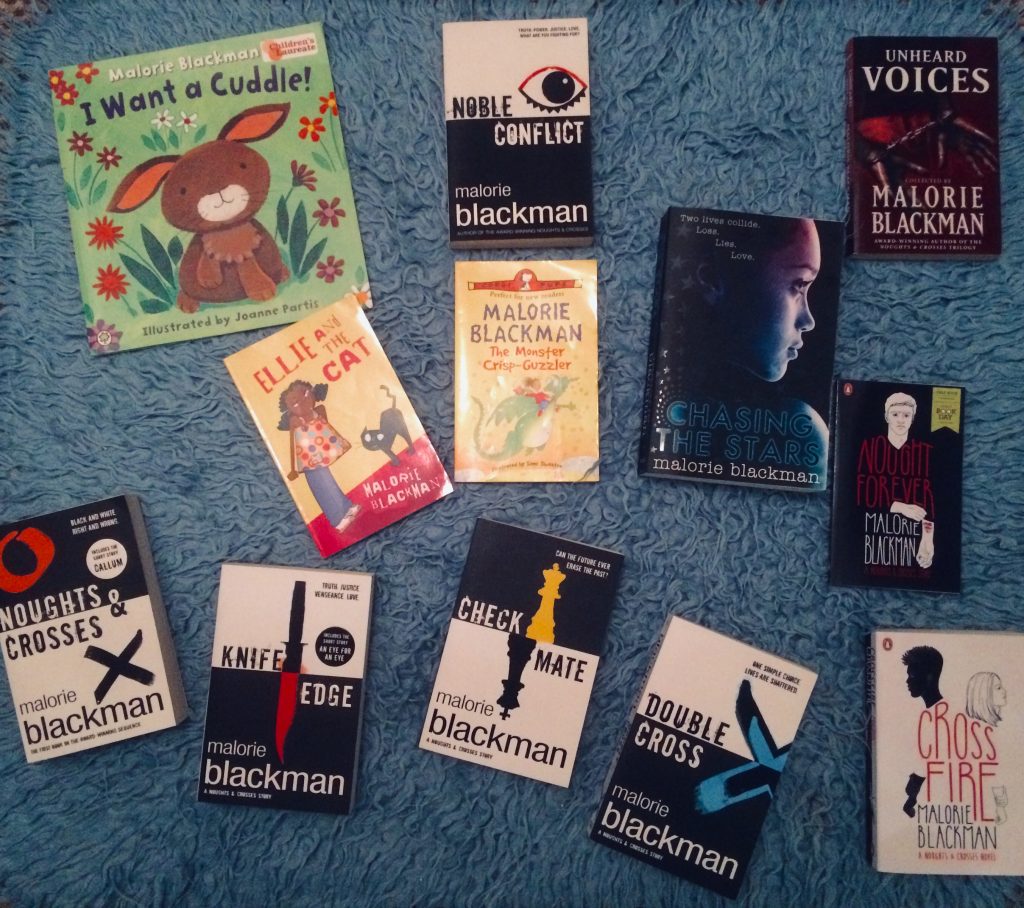 Studies have shown how they build empathy, something which the world always needs more of. (See again: slavery and racism.)

I remember seeing an interview with Malorie way back when, in which she said she never saw any characters who looked like her reflected in books growing up, The first black person she ever read about was Othello, a big reason why she wrote Chasing the Stars – a modern-day Othello retelling.

When I heard Malorie say that – I’m not sure what age I was but it struck me. Horrified at the lack of representation, I decided then and there that I wanted main characters in my own books to be people of colour.

If and when my trilogy ever comes out, you’ll follow Mya, who is mixed race, and her family members, many of whom are black. You may wonder why, and that’s it. Because of Malorie. For all the little black and brown kids growing up who deserve to hear stories about other black and brown kids.

I’m not planning to address the topic of racism explicitly, or offer the misnomer of the ‘black perspective’ because of course I’m not someone who can speak to that, but as a white person I am gonna use my privilege to shine a light on others that matter just as much.

Given all this, it’s fair to say Malorie has impacted me deeply. She, specifically, has helped grow my empathy, and I am so grateful.

If you haven’t read any of her books, I highly, highly recommend.