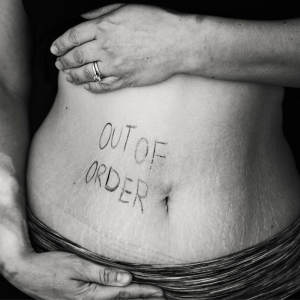 I said in my first letter that I wanted to open a dialogue, and I do, but I guess it’s harder than I thought it would be because it’s been almost a year between that first letter and now. There’s so much we need to hash out, I’m still struggling to know where to start. But I’ve been thinking about it a lot – all our issues.

I had planned, today, to bring up the complicated topic of food but, well, we’ve had one hell of a weekend, haven’t we? It’s only fair I give you a break and save that can of worms ’till later.

Right now, I know you’re in pain. To say it sucks doesn’t cover it.

I’m trying to figure out all that’s wrong, but it takes time. I feel frustrated, but I hope that all answers will come eventually, if I don’t stop looking for them.

I’m trying to come to terms with just how sick we are, and the possibility that I might always be in some amount of pain or other.

I want someone to hold my hand through all this and keep me going. Obviously Steve is great for that, but he doesn’t have any more answers than I do. It’s hard to reach out for support from people who have gone through the same things, when you’re not sure what all of the things you’re going through are called.

I guess I should be grateful that I have diagnoses for at least some of it. Twenty years ago, I probably wouldn’t even have that. And Steve is so great. He listens, and sympathizes even when we don’t understand. It’s such a change of pace to how things used to be, living with my parents.

We can take solace in that. Things could be a hell of a lot worse.

I like to think we’re making progress. And, in the meantime, I really do plan to write more often. We shouldn’t be at odds with each other.

Take care, body. We’ll get there.