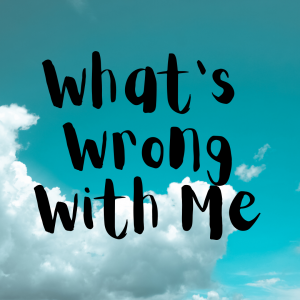 I had been trying to get my BMI down so that I could access fertility treatment, and the entirely arbitrary number they had originally set for me to reach was a real struggle. Then, at my last appointment, I was told that the clinic had their funding cut and so they were moving my target BMI even more out of reach. Like, impossibly out of reach for someone with PCOS and my body type. While this was an obvious blow, I got some clarification over exactly what they had planned for me in the hypothetical situation I did reach the magical number and they told me IVF, which is not something I knew before then.

When I had my first ever fertility appointment, they gave me a scan and ran a few blood tests but said they couldn’t do anything else until I hit the BMI target. I had assumed that ‘anything else’ meant more tests, or at least more options than just IVF. I feel foolish now for not knowing the whole two-ish years I was trying to lose weight, exactly what I was trying to lose it for.

If they had told me in the start that that’s what I was working towards, I don’t know if I’d have done anything differently but I do think things would have been clearer in my head. But back to the here and now. I had been having fertility check-ups every three-to-six months to track my weight loss progress, but at my most recent appointment (which was March, I think. Definitely before lockdown kicked in.), I was told I wouldn’t be getting another appointment automatically, I was just supposed to lose the weight and call them when that had happened.

So, short version of my fertility update is this: nothing is happening and nothing is going to happen with medical help. My only chance is to conceive naturally and, given that I seem to be having a lot of difficulty with that – hence why I was referred to the fertility consultant in the first place – I’m honestly not getting my hopes up too high. But we will see. Who knows what lies ahead and all that. I’m simply stating facts here and not throwing a pity party. (I don’t want your pity. I’m kind of resigned at this point. It’s fine.)

On a more general note, it occurred to me that I’ve never actually listed all of my ailments/disabilities/chronic conditions in one place before now. At least not publicly, that I can remember. There are so many issues that I honestly have a hard time trying to keep track of them all myself. If and when someone asks me what’s wrong with me, I often hesitate, my panicked mind having gone entirely blank. So, if you’ve ever wondered, here is the master list, in no particular order:

A note: if you’re not someone who is disabled yourself, or maybe even if you are, you might find the number of problems on this list too many to believe. Trust me, I have internalised a lot of that disbelief myself, over the years of being doubted by parents and ignored by various medical professionals, but it has indeed been literal years now and eventually I found doctors that actually listened and did not dismiss my various symptoms, so these things have now been properly investigated and officially diagnosed.

The more time I spend listening to the experiences of other disabled and chronically ill people, the more I learn that having a number of interconnected issues isn’t actually that rare. There’s even a word for it: comorbidity, which is defined (by Dictionary.com) as “the state of having multiple medical conditions at the same time, especially when they interact with each other in some way. Morbidity is the state of being sick or having a disease. Comorbidity refers to an overlap of different conditions.” The more you know!

If you want to talk to me about any of these things, or share your own story, or ask any questions (so long as you’re not an ableist jerk), please avail of the comment section below this post and, as always, thank you for reading.