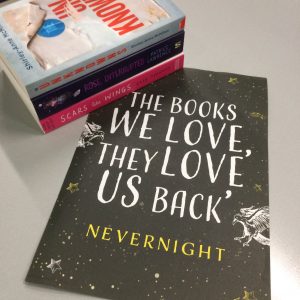 Last Friday and Saturday, I was in Dublin for the fifth annual DeptCon: Ireland’s Biggest Young Adult Book Convention.

It was super fun and I’m now, almost a week later, almost recovered. Let me give you a rundown:

I couldn’t sleep the night before. I tried but, like so many other nights, just couldn’t manage it. So I caught the 10.35am train from Belfast on thirty minutes rest, fueled by tea and enthusiasm.

On the journey down, I finished reading Savannah Brown’s poetry collection and started reading her novel. I had them with me anyway so I could get them signed.

Savannah is someone I’ve been watching on YouTube for years. I’ve been meaning to get to her books since they came out, so this was the perfect opportunity to bump them off my TBR.

Once arrived at Connolly Station, I made the forty-minute trek to my hotel. It was in the north of the city: somewhere I’d never stayed before, but I’d charted the route via Google Maps in advance and found it easily enough. I had just enough time to pick up my key and dump some things out of my heavy rucksack onto my comically sized bed (more on that later) before walking forty-minutes back into the centre of town for event registration and panel number one: Natália Gomes, Savannah Brown, and Connie Glynn. 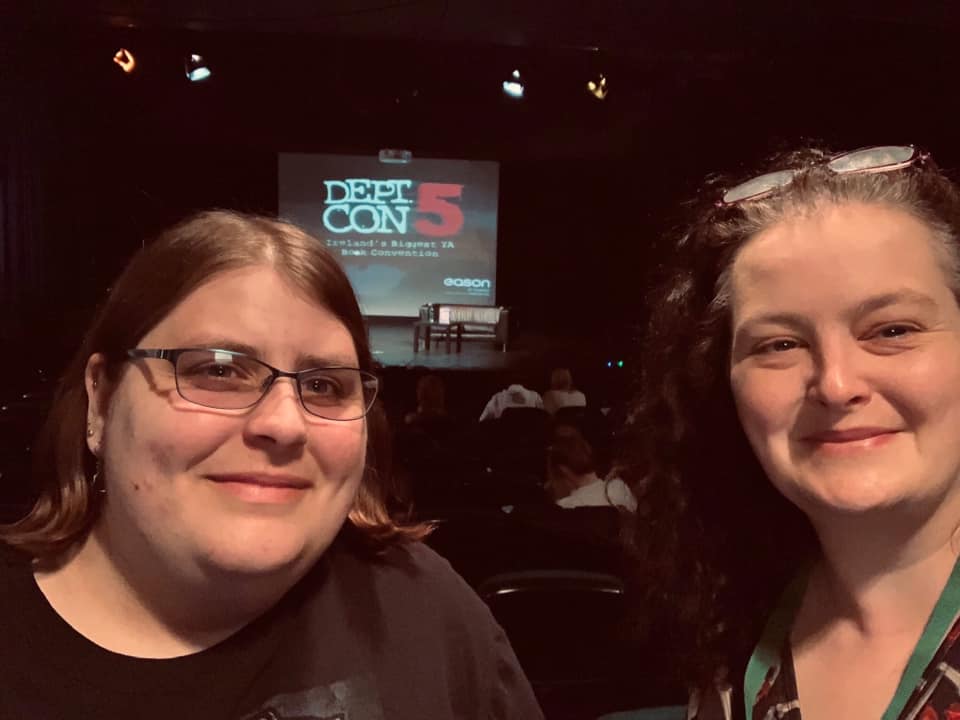 In the venue, I was presented with a free tote bag and t.shirt that will never in a million years fit me but was a lovely gesture all the same. I met up with the ever wonderful Shirley-Anne McMillan – YA author extraordinaire and personal friend. We took seats in the back row, away from the teenagers. Who – I was pleased to discover – were a delight.

I’m not always good with crowds and my previous experiences with young people (from when I was one myself and that brief time I was a youth leader) told me that they can be a loud bunch. Not so with this bookish lot. They were so chill, I didn’t have a shred of anxiety. Except for when I got to the front of Savannah Brown’s signing queue and just stared awkwardly at her rather than opening my mouth to tell her – well, anything.

Nevermind. I tweeted about the interaction and she was gracious enough to write back. Apparently I didn’t shame myself too badly.

One of the authors – Dean Atta – was caught up in travel woes and wasn’t able to make it to his scheduled slot in the second panel but the DeptCon team improvised, bringing in the hilariously funny Dave Rudden from the subs bench. 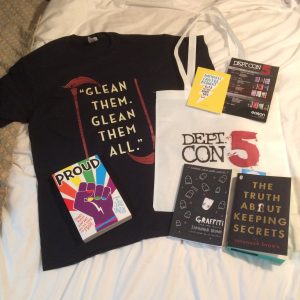 By the end of the third panel, Dean finally touched down in Ireland and had made it across the city to sign some books. I got both him and Juno Dawson (also hilariously funny) to side my ‘Proud’ anthology (which Juno edited and Dean has a poem in).

Juno’s panel (with Jenny Downham and Holly Bourne) was a really progressive chat about some hard-hitting topics from gaslighting to exploitation.

After that, I understand there was some kind of Dungeons and Dragons event but I skipped that in favour of a cheeky McDonalds with Shirley and an early night. I woke up after a three-hour nap around midnight to discover two things: a spider in my room and no tea-making facilities. I’m not sure which was more distressing.

The layout of my room was weird. There was a long, narrow bit with a desk and a wardrobe and an alcove off that where the bed was shoved – behind the door. Wider than a single bed but not quite as large cross-ways as a double, I’m pretty sure the bed was made for hobbits because I – as a five-foot-six individual – could not lie flat as there was no room for my feet. Despite being forced to choose between a diagonal or spread-eagle position, I actually slept all right. At least once the spider was got rid of. 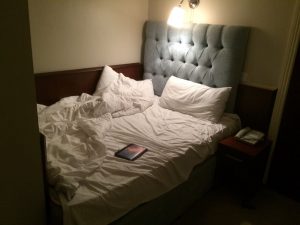 After a brief bit of Facetime with my husband, I got another few more hours rest and woke up bright and early at eight-am ready for breakfast. Do not talk to me about the breakfast. It didn’t have soda or potato bread. My little Irish heart was broken. But, hey, at least I finally got a cup of tea (or four).

I skipped the first Saturday panel in an attempt to pace myself, deciding instead to read and chill out before check out time. Between my nap and my proper sleep the night before, I flicked through the SCBWI book and ticked that off my Goodreads, so I was back into Savannah Brown’s novel: The Truth About Keeping Secrets.

I packed up, checked out, and set off on my last forty-minute trek to Liberty Hall Theatre. (Hatching so many Pokemon on the way.)

The Sarah Crossan, Louisa Reid, and Sarah Carroll panel offered further nuanced conversation about unhealthy relationships which I thought was fantastic and (sadly) much needed. 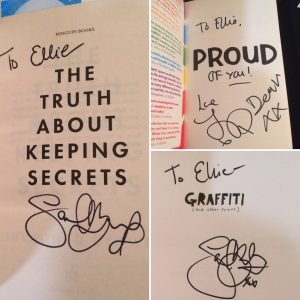 I picked up a free Nevernight art print and an ARC (advanced reader’s copy) of Scars Like Wings by Erin Stewart. Then, after a sci-fi panel with Taran Matharu, I bought a copy of his new book for my husband and got it autographed.

My last panel and signing was Shirley’s. Having already read her most recent book, Every Sparrow Falling (which is fantastic, by the way), I picked up a copy of one of her other novels: The Unknowns. It’s the only one from her back catalogue I hadn’t already got or read.

Another McDonalds later, I got back on the train where I finished reading TTAKS and mostly succeeded in ignoring commentary from the drunk men across from me.

My husband had a cup of tea waiting for me, and he’s agreed to cook me a ‘real’ fry.

Travelling is great, but damn is it good to come home at the end of it all! (She says, now only two weeks away from my trip to England. Please pray for my little sleep-disordered soul.)