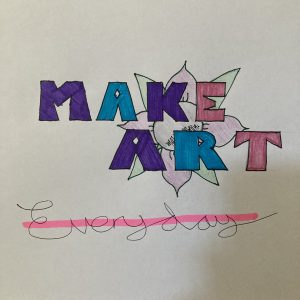 As I said in last week’s blog post, I have been starting to get back into art––to get into it properly for the first time ever, really. I also said I’d been watching a lot of YouTube videos on the topic, and so I have gleaned a bunch of useful info. This post is just to document that. It will likely become a series, as I continue to learn, but here’s what I have so far: